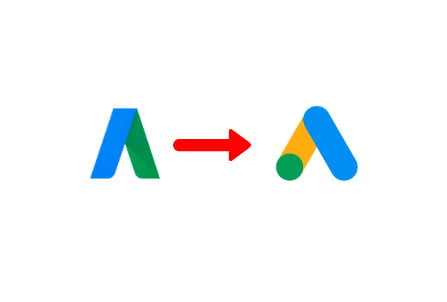 If you read our last blog post on Google Maps Platform, you are aware that Google recently rolled out some new Cloud Services features. This new Maps platform comes with a few new changes, such as requiring your credit card information in order to obtain an API key.  In addition to Google Maps Platform, the Search Giant has decided to rebrand several of their other popular products. The intention here is to more clearly communicate the purpose of each service, as well as consolidate the different tools.

Out of the three new brands, you may be most familiar with AdWords.  Here at Bytes, our Digital Marketing team works with Google Ads for local businesses and national retailers in order to acquire more traffic to their websites.  Google Ads displays various types of ads including search, video, display and much more in your Google Search.  Our goal is to send as many clients as possible to your website based on their Google Searches.

Rebranding from Google AdWords to Google Ads makes a lot of sense.  As Google’s head of ads and commerce, Sridhar Ramasway said, “With Google Ads as opposed to Google AdWords, it is moving the imperceptible default opinion that you get as an advertiser when you hear ‘Google AdWords’ you think, ‘Oh, Words. Search’… Google Ads, in our opinion, is a more straightforward representation of what Google advertising provides.

The Google Marketing Platform will include DoubleClick Manager advertiser and Google Analytics 360 under their umbrella to help them plan, buy, measure and optimize digital media buys in one place.  Google has recognized that it is not uncommon for advertisers to use both tools when optimizing their accounts.  In creating Google Marketing Platform, Google has made it easier for users to work with both tools at one time rather than taking several steps to get the reports they are looking for.

Additionally, Google has added Display, Video 360, Search Ads 360 under the Google Marketing Platform as well.  This once again consolidates several different tools that once took several steps to integrate, now under one platform.

Lastly, Google is introducing Google Ad Manager.  This unifies DoubleClick for Publishers and DoubleClick Ad Exchange, giving publishers the ability to view all engagement over a number of tools, like live streams and Youtube, in one place.

Google has been planning this rebrand for the past several years. The purpose of the rebrand is to make managing several aspects of Google more efficient and effective.  Stay on the lookout for the new Google Rebrand coming in mid-July!