Bytes.co is proud to announce the release of our very own SASS / LESS Compilation plugin for WordPress.

After months of development, usage and testing, we’ve finally released our home grown CSS and LESS compiler into the wild! WP Compiler is a compilation and minimization tool that lets WordPress developers improve their productivity and streamline many modern development tasks. The tool has been a real game changer for us internally, and our hope is that members of the WordPress community will agree. 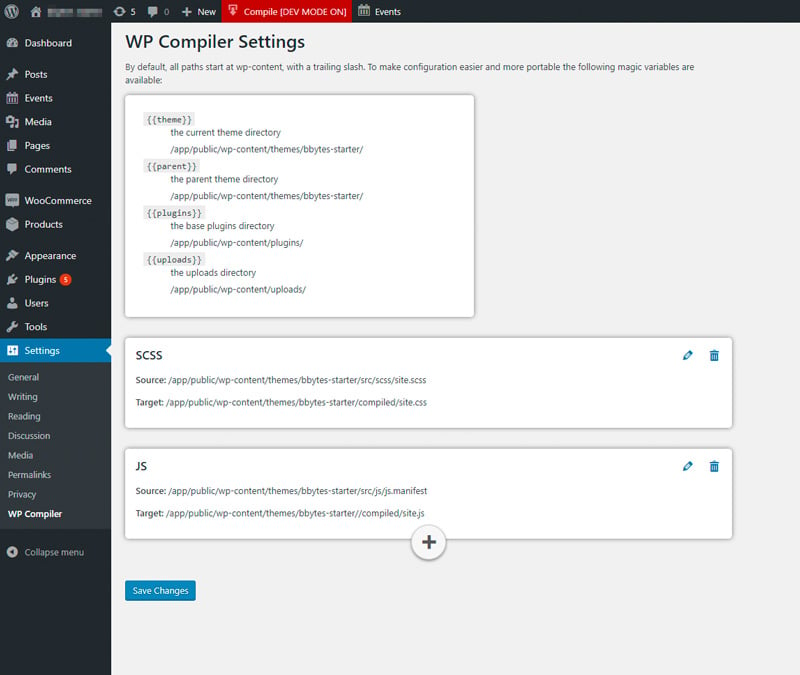 Compile in any server environment.

With WP Compiler, users can easily incorporate LESS, SCSS and combined/minified JavaScript into a website.

Simply define the source, target, and the task type– WP Compiler will do the rest. Both a Production and Development mode are provided to give users finer control of the output files. In Development mode, source files are watched for changes and recompiled  automatically, but not minified. In Production mode, the plugin compiles and minifies, but improves site speed by no longer recompiling on file change. Simply select the ‘Compile’ tab from the controls at any time to initiate compilation.

Multiple files can be watched at any given time, and Magic Variables are provided to easily access the path to the site’s theme and plugins directories.

Just specify the source, target and job type and submit. Compiler will alert you if there is a problem with the paths entered. Quickly switch between Production and Development modes, and create new Compiler jobs of various types!

WP Compiler has been tested internally on over 100 sites.

Our developers will attest to its ease of use and productivity enhancements. Additionally, Compiler is not just for the WordPress pros. It is a way for all WordPress developers to easily dip their feet into modern frontend workflows in a natural and intuitive manner. 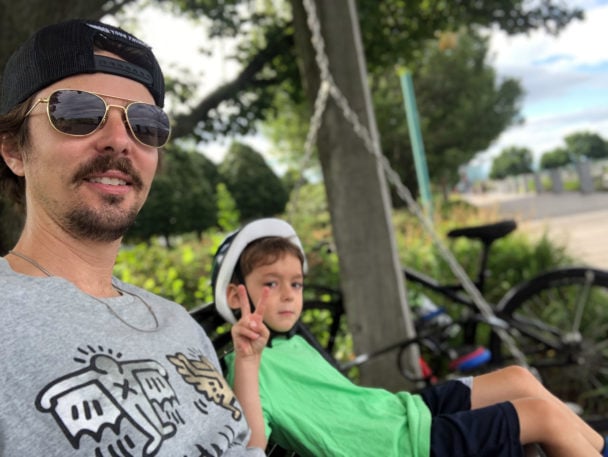 Jason was born and raised in Wiscasset, Maine–the worm digging capital of the world, where two rivers meet. He loves to write, and was once paid to write blog posts for a travel blog while he was living abroad as an English Teacher in South Korea.

Jason moved to Burlington, VT in 2003 to attend Champlain College where he received his BS in Graphic Design. Not quite the coast of Maine, but Lake Champlain is pretty sweet! He first met Peter Jewett while fulfilling an internship requirement at Pete’s fledgling eBay store, and the two later worked together as SEO Analysts for Dealer.com. Friendship turned into a business partnership in 2012 when the two officially joining forces on what was then known as “Burlington Bytes”. They moved from Peter’s basement and into Jay’s garage. If Bytes.co were a car, Jay would be the oil. He brings over 10 years of experience fostering a culture driven by results.

Jason lives with his beautiful wife and son, off a dirt road some where up in the woods.