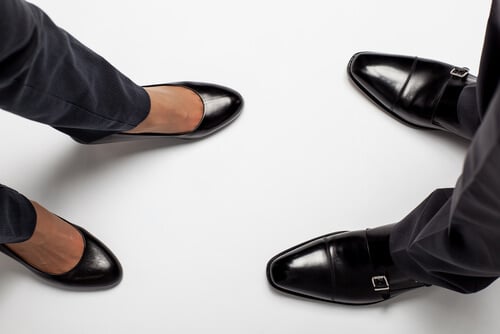 As it stands, there is a major gender gap in the technology industry. In 2014, “only 30 percent of all Google employees were women,” stated WNYC 93.9, and those numbers don’t lie. Google executives who are female, make up only 21 percent of the workplace, while only 15 percent held technical jobs. Let’s not forget to include Hispanic and African Americans to that statistic either, which represent an even smaller number not just for Google, but for the entire tech workforce.

So, what’s the solution? How are companies like Google going to become more diverse and decrease the gender gap? The answers need to dig deeper than the surface. They need to look beyond just the company’s diversity statistics and start taking action to seriously address this major issue.

Google’s head of Human Resources, Laszlo Bock, is an author of a new book called “Work Rules!: Insights from Inside Google That Will Transform How You Live and Lead.” He tackles specific tactics targeting the gender gap, and gives us three examples on how this change can occur. Here are the examples:

A diversity training is required for all Google employees when they are hired. One part of the training requires Googlers to examine optical illusions, “two things that look the same, but measured separately, really aren’t – and moves on to more concrete workplace scenarios,” states Bock. The purpose here is, is that all people make errors in their judgments, so don’t point fingers. “If you go to somebody and talk about diversity or gender issues, the typical reaction is ‘Well, I don’t have a problem,’ or ‘Well, I just disagree.’ And then there are a bunch of people in the middle who are like ‘Oh my God diversity training? Do I really have to spend more time on this?” Bock states, “If you talk about ‘we all have these biases,’ it totally short circuits this.”

Promotions are a big part of empowering women and making the playing field a bit more even. Google’s engineers who are women, were the ones nominating themselves for promotions. However, women were not nominating themselves as much as their male coworkers. Alan Eustace, who heads the engineering program at Google thought of a great way to connect to the female demographic, by crafting an email that encouraged more women to nominate themselves. The email was a success and the end result? More women got promotions. The emails went out again periodically, then Bock forgot to send another. The result? The rate of women’s promotions saw a decrease.

Obviously, more women are leaving Google at a steadier rate then men are after having a child. So, to counter that, Google extended their family leave policy from three months to five months. “This is one where we stumbled into it because it’s the right thing to do, an we were fortunate to find the data supported us afterward,” said Bock…and women who had been leaving at twice the rate of men before the change, started leaving at the same rate as men. The rate dropped by 50 percent.”Bock also mentions that you can save money by paying more for maternity leave. Hiring and replacing a valuable employee costs much more than two extra months of leave for new parents.

Obviously, these are just a few tactics that can help shrink the gender gap. More and more companies like Google are trying to find ways to get to the root of the problem. But, are these really going to become game changers? Do you see gender issues in your workplace? What do you think needs to happen in the workforce in order for men and women to be equal? Share your thoughts with us.