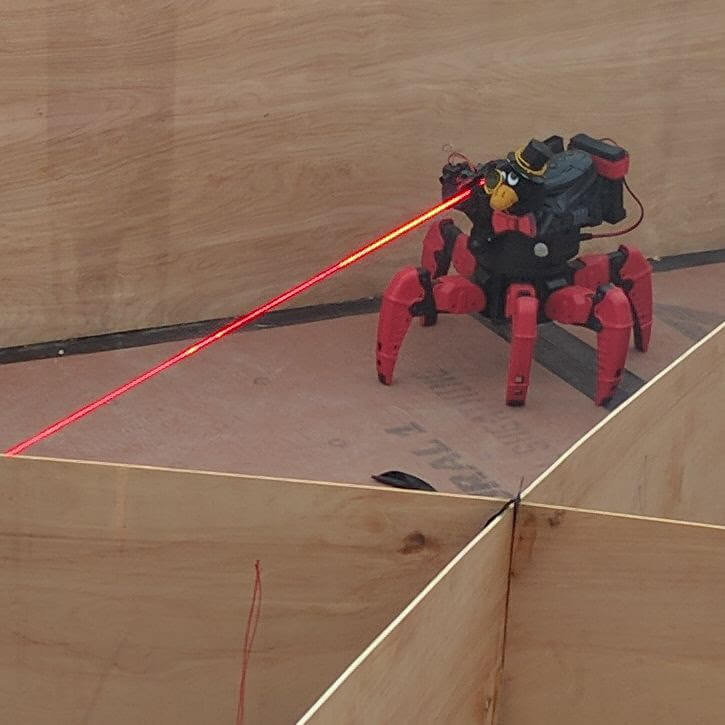 The Champlain Mini Maker Faire, which took place last month was a huge success, we were honored to be one of the sponsors to this great event.  We especially want to give a “shout out” to Three Burlington Bytes employees – Greg Schoppe, Aaron Silber, and Casey Morrison,  who are current members of maker spaces Laboratory B and  The Foundry Workshop, as well as their involvement with The Vermont Robot Combat League.

Here’s a recap of the events from this year’s Mini Maker Battle Bot:

As part of our donation, the Vermont Robot Combat League was able to complete all intended modifications and upgrades to their Hexapod Robots, Yuri the Destroyer and Fluffy the Spenguin. Both robots are remote controlled hexapods (six legged robots) which are each armed with a targeting laser and a high-powered burning laser.

In addition, this year they were able to give each robot a First-Person Video interface, so that the pilots were able to control the robots from the viewpoint of the robot itself, using video goggles.

Each robot received a “laser target”, so that they could directly attack and disable each other, with three well-placed shots.

Over the course of the two days that the faire ran, the Robot League ran 16 battles, 8 with the hexapods, competing to pop balloons and light flash paper, and 8 with our traditional, wheeled battle bots, attempting to score goals and disable each other.  The battles drew hundreds of onlookers, and made them the second most popular event, according to visitor voting. (second only to Pin Box 3000, which we’re kinda ok with… they’re pretty cool)

The goal to inspire kids to pursue STEM careers, and to show them that no matter what they choose for a career, anyone can be a mad scientist (aka innovator) in their spare time.

Over the course of the weekend, Laboratory B won 7 of the 8 hexapod battles, and The Foundry won 7 of the 8 wheeled battlebots battles.  As such, the event was declared a tie, with the winner decided by a game of Rock, Paper, Scissors.  The Foundry made a bold gambit, by throwing scissors, but, in an incredible upset, Laboratory B threw Rock, and captured the championship from the former victors!

Check out some of the action from the Battle Bots… 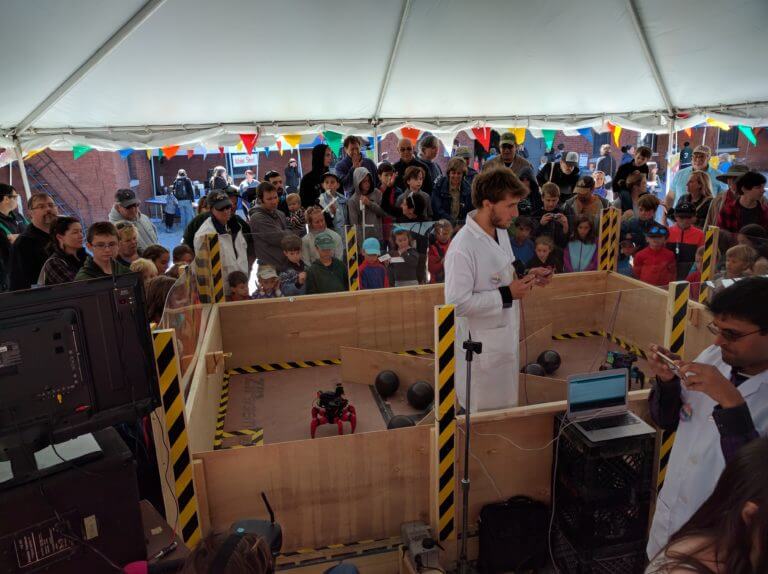 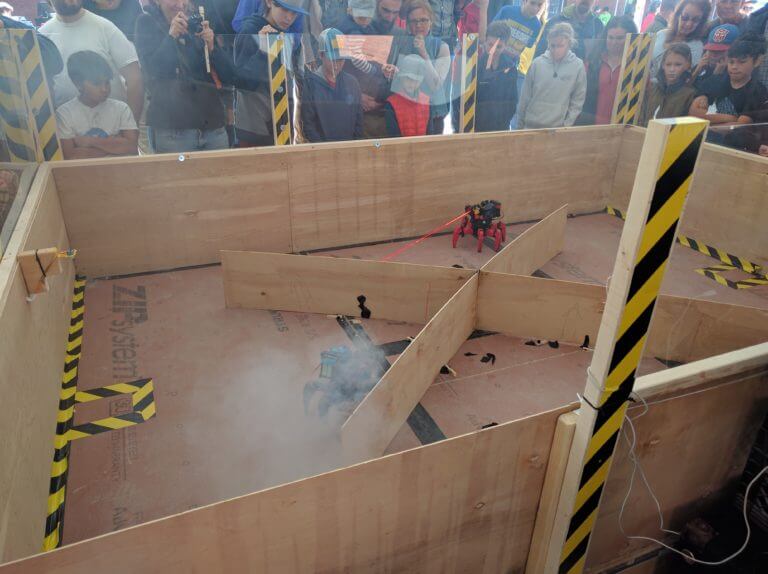