Charles and Ray Eames are American design icons. The couple started Eames Office in 1941 from a Los Angeles apartment just a few months after getting married in Chicago. From their tiny LA apartment, the duo created a process to bend molded plywood into a compound curved shell that was first used in making leg splints for American soldiers during the Second World War. Other wartime molded-plywood work included an airplane fuselage, airplane stabilizer tail, an arm splint, a body litter, and a pilot seat. Following the success of these early creations, Charles and Ray went on to design iconic mid-century furniture like the Eames Lounge Chair. Their contributions to architecture, furniture design, industrial design, manufacturing, and photographic arts remain culturally significant and influential today. Eames Office “remains dedicated to communicating, preserving, and extending the legacy” for generations to come.

Before redesigning the website, Eames initially came to Bytes.co for Google Ads eCommerce management, specifically Shopping and Search campaigns. Though our team was able to drive effective results, it was apparent Eames could benefit from a new site with enhanced product data that would better optimize the delivery of their products on Google Ads. After 6 months of managing Eames’ Google Ads and proving we’re the best at what we do, they decided to move forward with the redesign. Since taking on their Google Ads campaigns, our team has seen some incredible numbers and has proven our value. 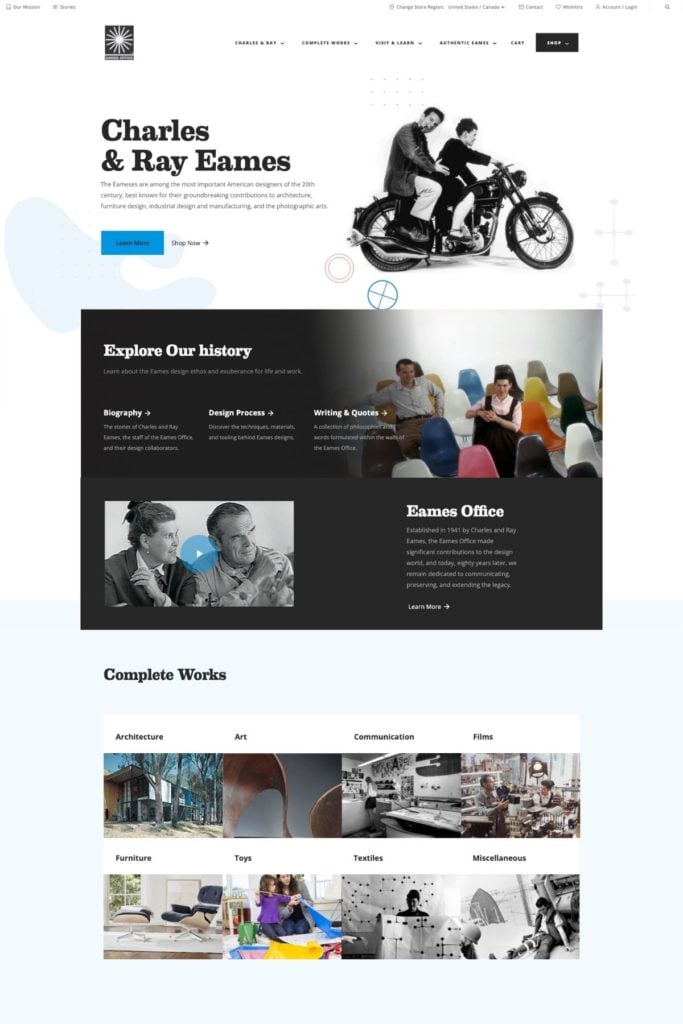 The iconic Eames Office has been a design staple in the United States for decades. It’s no surprise that they wanted their new website to reflect this by being bold and modern, just like them! We were thrilled to have been selected to take on this challenge and prove we’re not only the best technical agency around but undeniably creative as well.

Before redesigning their website with Bytes.co, Eames had two separate websites: one on WordPress and one on Magento. Our first order of business was merging the two websites, rather than keeping them separate. We chose to keep the website on WordPress and add WooCommerce for the eCommerce portion of the site. This not only delivers an overall superior user experience but greatly improves Eames’ SEO.

Once the decision was made to combine the two websites, the way in which we restructured the navigation and content became extremely important. Ensuring users can navigate through the website and find the information and products they were looking for efficiently was essential. Lastly, using the most modern versions of WordPress and WooCommerce as well as making the new website WCAG AA Conforming, assures a more scalable, accessible, and long-lasting website. 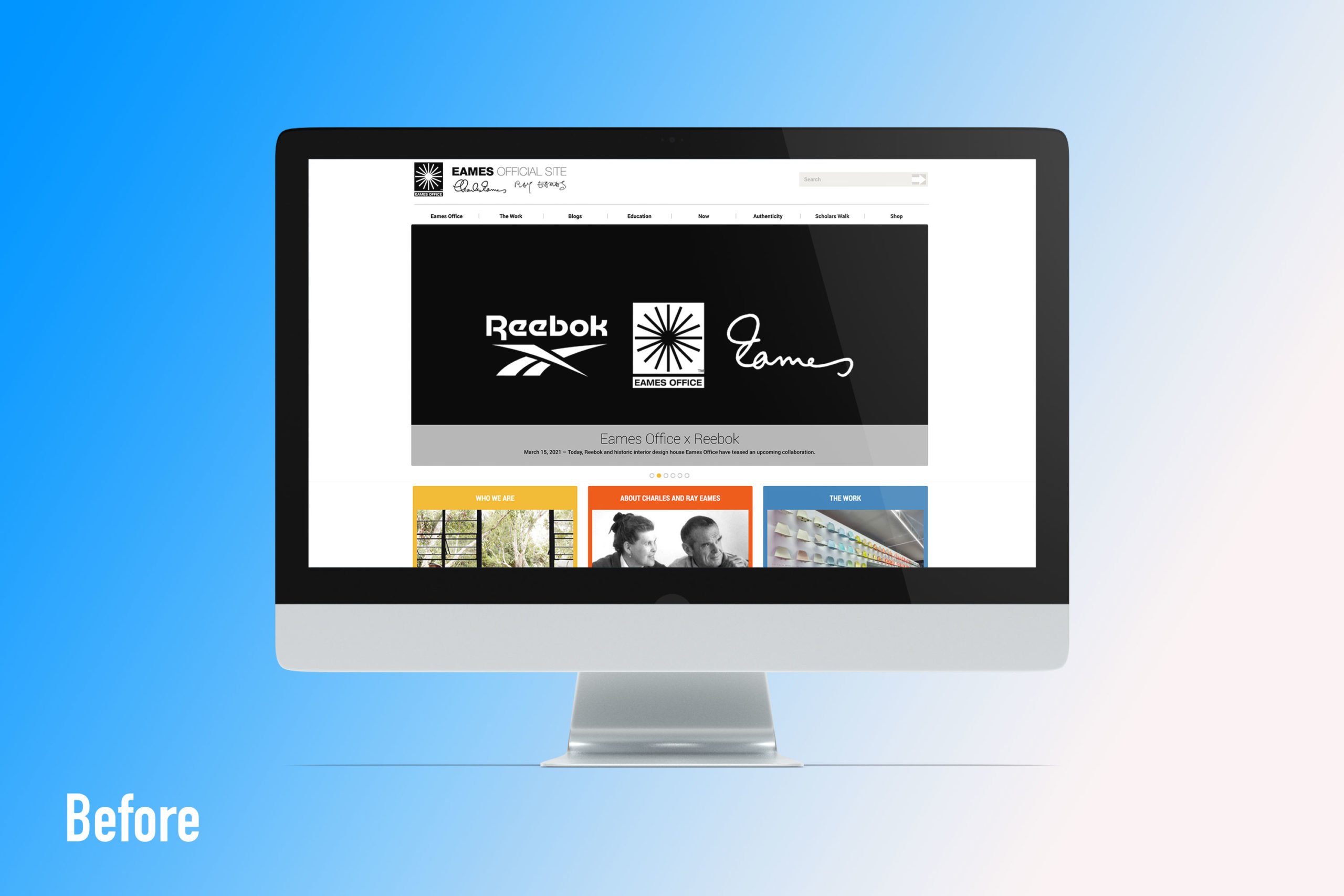 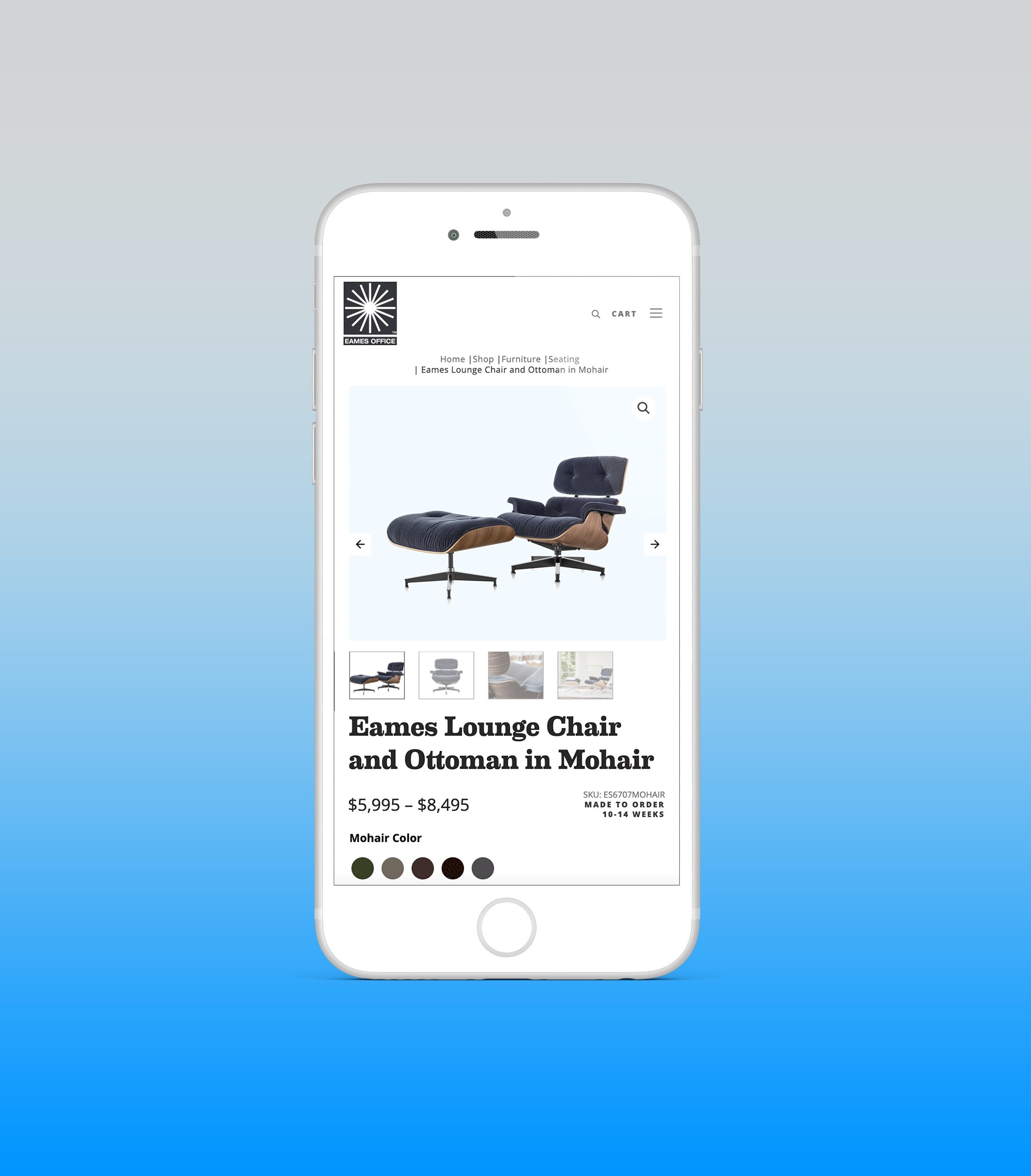 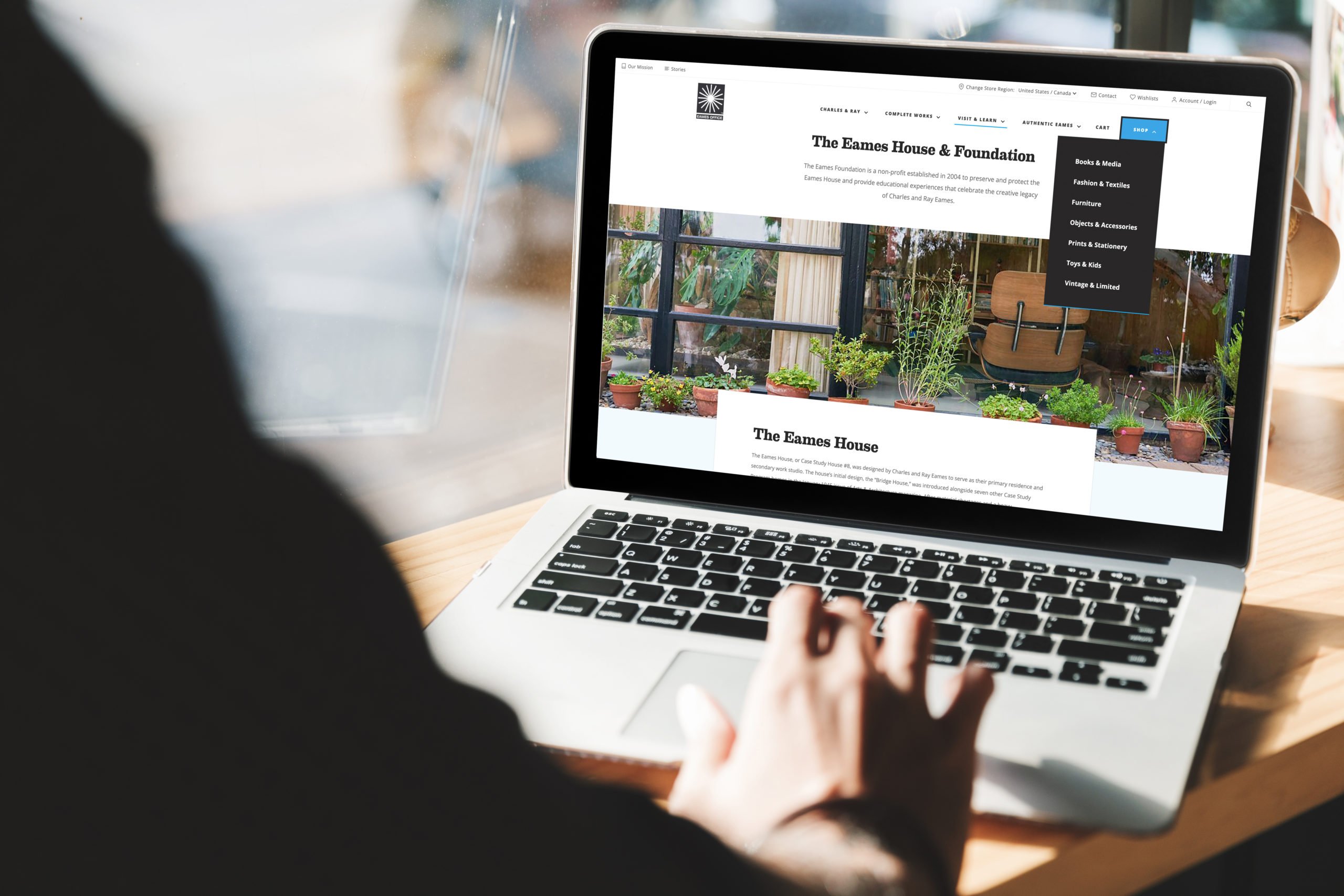 YOU'LL LOVE WORKING WITH US.

Let’s talk about your online goals.