On February 26th, The FCC voted to reclassify Internet Service Providers as Title II Common Carriers. This is a very important ruling for the future of the Internet, but it also sounds like gibberish to the average American. So, what does classifying ISPs as Common Carriers mean, in plain English?

Last year, Comcast quietly made some business decisions that were very bad for the average user. Most notably among these, they began to throttle traffic to Netflix.com. This meant that users attempting to stream movies and videos from Netflix began to see longer and more frequent loading screens, and their picture quality was awful. As a massive national ISP, providing service to millions of Americans, why would Comcast make such a change? To wring money from Netflix.

Comcast claimed that Netflix traffic was putting an extreme amount of stress on their network, and to maintain acceptable service to all users, they needed Netflix to enter into an expensive “Peering Agreement”, to ensure fast speeds for their users. To put pressure on Netflix to enter into the agreement, they throttled Netflix users everywhere. Unsurprisingly, it worked. Netflix paid the exorbitant fees, and had their speed restored.

This is the scenario that Net Neutrality is designed to prevent. Net Neutrality is a blanket term for regulation that prevents ISPs from treating traffic differently, based on source. It is crucial for the growth and sustainability of the internet, as we know it.

Comcast was only able to begin influencing speed because the FCCs Open Internet Order of 2010 was challenged in court by Verizon Wireless in 2014, and was partially struck down. The Supreme Court ruled that the neutrality components of the OIO overstepped the authority the FCC had over ISPs, under their current classification.

If domain-based peering agreements were to become the norm, the existing media giants would still exist, paying the fees. However, new businesses would have no ability to compete. In essence, the internet would become a lot like Cable TV. When was the last time you saw a national TV network created by a broke college student, or a couple of guys with laptops and a garage?

That equality is at the core of what’s special about the internet. Here at Burlington Bytes, we’ve seen clients go from small-scale manufacturing and personal distribution to being featured on national TV. We live in a state of shoestring innovators, where everyone makes the most of what they have. Local companies like Dealer.com, Ello, and Burlington Bytes have all benefited greatly from the level playing field provided by the open internet.

After a groundswell of public support, The FCC has responded by reclassifying ISPs as “Common Carriers” under Title II of the Communications Act of 1934, as revised by the Telecommunications Act of 1996. This gives the FCC the power to regulate ISPs and enforce fair and equal peering agreements.

Within the next month, the FCC is expected to release the full 300+ page document describing the details of this regulation. Some people are concerned that these regulations may go further than maintaining the open and free internet that we all rely on. Unfortunately, until they are publicly available, we just have to hope that the FCC has the best interest of the citizens at heart.

As for me, I’m tentatively calling this an important victory for small businesses, startups, and American entrepreneurs everywhere. 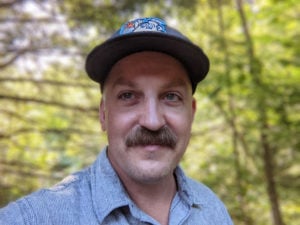 Pete talks funny because he’s from Maine. He came to Vermont to attend Champlain College where he was a founding member of the BYOBiz program and earned a degree in eBusiness Management.

Burlington Bytes (the original company name) was founded in 2010 out of a desire to help businesses and organizations build better websites and drive better business results. The business has grown over 10 years, currently serving 400+ clients with a team of 20 employees.

These days, Peter handles the majority of Bytes.co sales and business development and many of the day-to-day activities required to keep a business moving forward.  He lives in Huntington with his wife, Katie, and two kids, Parker and Calla.  He’s also got a dog and chickens and a Kubota tractor. When he’s relaxing, he likes to ski, be outside, and work on various building and maintenance projects around the house.

Want to hang out? Get in touch.